Google Chrome OS is a system for running software. The operating system uses Google’s Chrome browser as its interface and runs on the Linux kernel. Chromebooks are laptops that use this operating system, made by Google itself, HP and Acer among others 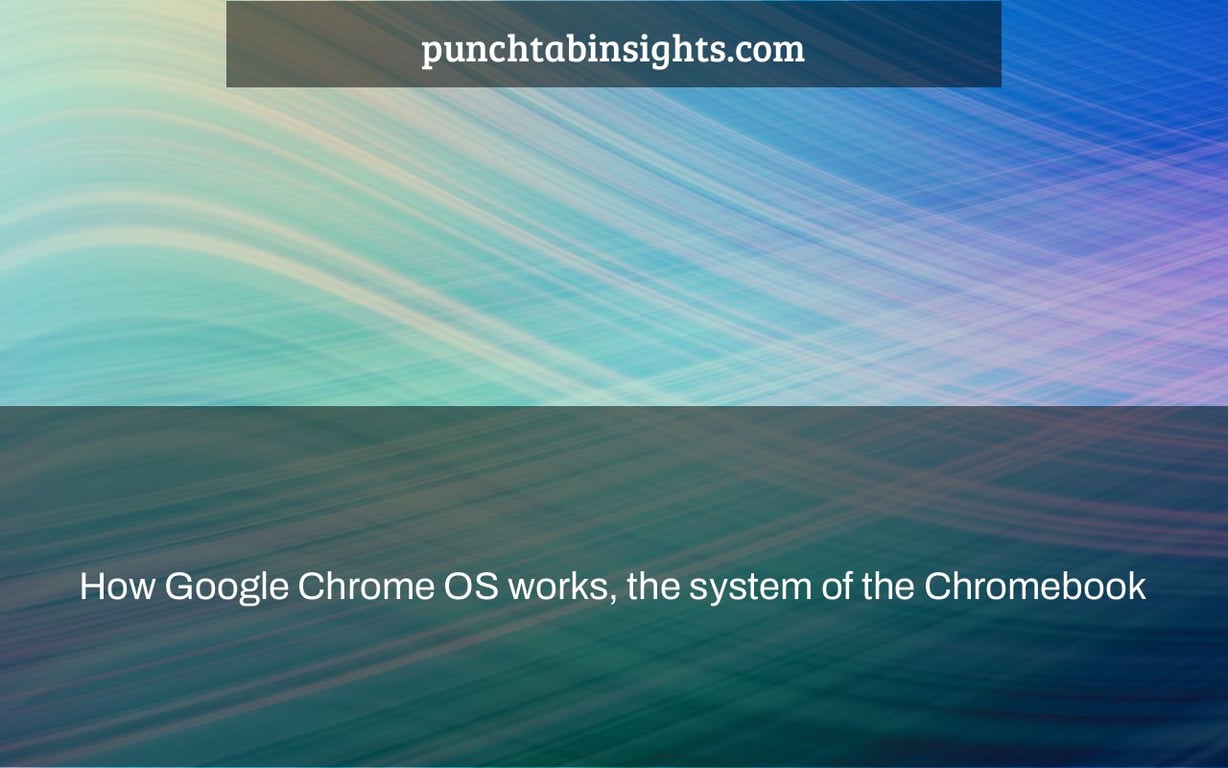 Chrome OS, a Google-developed operating system for specialized devices (Chromebooks) that we may also download as a test on regular computers to try anything other than Windows, is one of the operating systems that we can use on PCs.

In the guide that follows we will show you what is Google Chrome OS, how to try it on any computer and how to buy devices already optimized for this new system which, according to Google, is the fastest and most responsive operating system ever, capable of beating even macOS in the long run.

What is Chrome OS and how does it work?

Chrome OS is an operating system based on Google Chrome, which in fact becomes a simple browser a complete system where to start apps and where to work, using both web programs and programs that can also work offline.

This means that the computer will become a kind of great browser for surfing the internet but that exploits the web applications as programs to carry out all kinds of operations and that stores files mostly online, without downloading and storing them on the computer disk or memory.

We can also download files to internal memory or start programs that can work without the Internet, but in fact Chrome OS expresses its maximum potential only if it is constantly connected to the Internet, just like any modern computer (where now you can’t do anything without the Internet). As an app we can install both those of the Google Chrome Store and install the Android apps, so that we always have the apps we need to work, to study or to access special functions.

Obviously it is better to exploit the power of this operating system with the webapp, i.e. with applications running directly online, like the ones seen in our guide to the best Web applications to replace PC programs.

The peripherals can be connected to the PC and are immediately operational, thanks to the Linux base on which Chrome OS is based: we can then start USB sticks or external hard drives and access our personal files without having to use another computer.

Being a Linux-based system, Chrome OS is a very safe system: the user won’t have to never install any antivirus or antimalware on your computer, as normal Windows .exe or .msi files cannot boot on this system.

How to Install Chome OS on a Windows Computer

If we are intrigued by Chrome OS we can try it immediately on our PC by setting up the cloudready virtual machine or installing Chrome OS su Penna USB, so you can test the system and see if it’s worth it as a Windows replacement for daily work, study, or play.

Virtual machines or the system installed via USB stick will never be as fast and responsive as dedicated computers (i.e. i Chromebook), but before venturing into shopping for a computer with Chrome OS it can be very useful to try all the functions on a virtual machine or on a USB live environment, so as to see if it is good for our purposes and if we can switch to Chrome OS without regret Windows or Mac.

Invest on a Chromebook

Whether in a virtual machine or on a USB stick, the system has convinced us we can test it in all its power directly on a Chromebook, which is a laptop designed by Google to make the most of the power of the new operating system.

Between The best Chromebooks that we can buy at the moment, listed in another article, we can mention the Lenovo IdeaPad 3 Chromebook, sold on Amazon for € 249.

To evaluate other similar models, we invite you to read ours guide to Chromebooks, so you can choose the best computer for your needs.

Chrome OS is an operating system that began quietly but has quickly gained popularity due to its fast performance, quickness of accessing sites and applications, innovative webapp idea, and compatibility for all Android app installations, which considerably expands the potential of these laptops.

If we’re bored of sluggish Windows laptops and can’t afford a MacBook Pro, we should definitely consider a new Chromebook, but only after testing the new system in a virtual environment or on a dedicated USB stick.

Those who are looking for a laptop with precise characteristics can also read our guide best alternatives for MacBook, our article dedicated to portatili low cost and finally the article on more powerful laptops, so you can choose the right notebook for every need.

The “hp chromebook” is a system of a Chromebook that allows you to use Google Chrome. The Chromebook is able to run apps, games, and websites.

What operating system does a Chrome OS use?

A: ChromeOS is based on the Linux operating system and works using Googles own proprietary code.

How does Chrome OS may affect the use of an operating system?

A: As a computing platform, Chrome OS is an alternative to Windows and macOS. It uses the Google Chrome web browser as its main interface for operating system tasks such as opening apps and browsing websites.

A: Chrome OS is not a computer operating system. Its an extension of Google Chrome that comes with the Chromebook laptop and desktop devices.

How to Install MSNBC on Firestick? [Updated 2022]